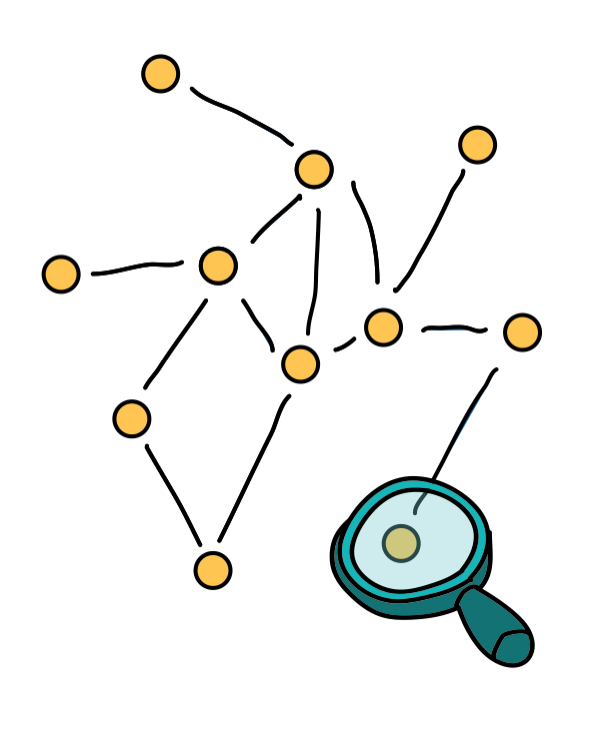 Networks are any systems amenable to being partitioned into pairwise related subsystems; in some cases it is quite natural to use a network representation, while in others it may lead to a compact presentation that helps identifying the key features of an otherwise complicated system. Complex networks combine features from both lattices, such as having a high number of triangles, and from random networks, such as having high navigability.

In some cases, in particular with quantum networks, complexity can also simply refer to networks that are not lattices. A network is said to be quantum when it requires a quantum description, for example when it represents an entangled state of a set of qubits or the interaction pattern of a set of quantum systems. Yet another example is a network of quantum channels.

My research has so far focused on the following two avenues: